A Writer’s Guide to Point of View “How do I master Point of View?”

The inability to grasp this concept is the most common problem I see in aspiring novelists.

Veteran editor Dave Lambert says, “No decision you make will impact the shape and texture of your story more than your choice of Point of View.”

So let’s straighten it out, shall we?

After you read this post, you’ll know the crucial POV rules and techniques professional writers use (and publishers look for)—and how to apply them to your story.

What is Point of View?

Things to understand about Point of View before we break it down:

A. The Voice with which you tell your story.

Not to be confused with the tone or sound of your writing (think of that Voice as your writing attitude), this is your choice to tell it in First Person (I), Second Person (you), or Third Person (he, she, or it).

B. Your Perspective Character.

Basically, that answers “Whose story is this?”

2. The cardinal rule of Point of View:

Limit yourself to one Perspective Character per scene, preferably per chapter, ideally per book.

(Yes, that’s a common amateur mistake, and it results in head-hopping—a giant Point of View no-no I cover in more detail below.)

Point of View is worth stressing over, it’s that important.

Even pros have to remind themselves to avoid sliding into an Omniscient viewpoint.

I avoid that by imagining my Point of View or Perspective Character as my camera—I’m limited to writing only what my character “camera” sees, hears, and knows.

In essence, I’m limited to his or her perspective.

Breaking Down the Point of View Voices 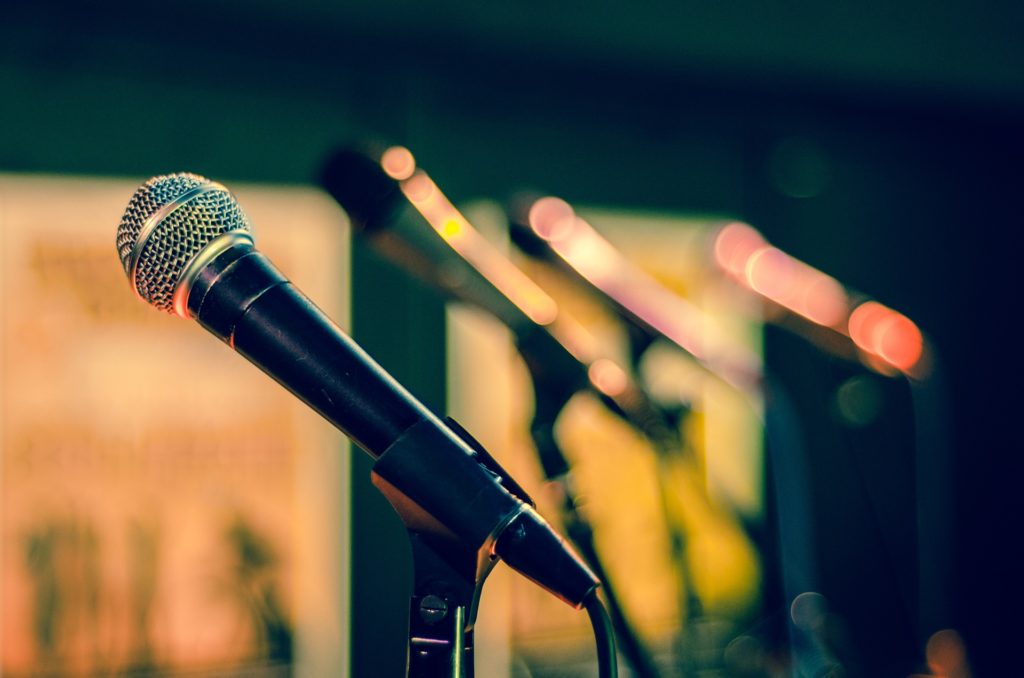 While POV is limited to one perspective character at a time, each of the three primary voices may be written in the present or past tense.

In this POV, the perspective character tells the story.

First Person is the second most common voice in fiction, but I recommend it for many beginning novelists, because it forces you to limit your viewpoint to one Perspective Character—which you should do with all POVs except Omniscient.

My first 13 novels (The Margo Mysteries) were written in first-person past tense.

The most common use of first-person is past tense.

Herman Melville’s Moby-Dick begins in present tense but immediately switches to past:

Call me Ishmael. Some years ago, never mind how long precisely, having little or no money in my purse and nothing particular to interest me on shore, I thought I would sail about a little and see the watery part of the world.

While I recommend first-person, I think you’d find present tense awkward and difficult to sustain.

On the other hand, The Hunger Games by Suzanne Collins is rendered that way and has become one of the most successful novel series ever.

If you have colossal writing talent and an idea as cosmic as hers, feel free to ignore my counsel and go for it. ???? Here’s how hers begins:

When I wake up, the other side of the bed is cold. My fingers stretch out, seeking Prim’s warmth but finding only the rough canvas cover of the mattress. She must have had bad dreams and climbed in with our mother. Of course, she did. This is the day of reaping.

This point of view uses “you, your” construction, and the narrator makes  “you,” the reader, become the protagonist.

Though rare in fiction and far more popular in nonfiction, it’s been said that because it plunges the reader into the action of the story, second person can bring a sense of immediacy to a novel.

I wouldn’t dare attempt it and don’t recommend it.

You are not the kind of guy who would be at a place like this at this time of the morning. But here you are, and you cannot say that the terrain is entirely unfamiliar, although the details are fuzzy. You are at a nightclub talking to a girl with a shaved head.

You can see how this method forces the reader, in essence, to become a character and how difficult that might be for the writer to sustain for 300 or 400 pages.

Finally, we’ve come to the most commonly used point of view in storytelling— third-person.

When written in third-person limited, the story is about he or she/him or her, or the character is mentioned by name.

As with all other POVs besides Omniscient, the writer is limited to one perspective character—your camera.

Everything you write must be seen through that camera: your perspective character’s eyes, ears, and mind.

Here the story is still about he or she, but the narrator writes from the all-knowing, all-seeing perspective and is not even limited by time.

Because so many of us were raised on the classics with their Omniscient author/narrator, it seems ingrained in us to want to know and tell all about every character onstage and off.

We even want to tell unseen things and things yet unseen. Such miraculous foretellings were often worded like: “Little did our hero know that 20 miles away, what would happen to him the next day was already being planned.”

Writing from that perspective might sound like an advantage, but fiction from an Omniscient viewpoint rarely succeeds in the traditional or indie markets today.

In nonfiction, the Omniscient narrator is common and makes sense, because you’re an expert trying to teach or persuade, and so you adopt a posture of knowing everything and telling everything.

Because many readers find third-person present tense weird, you won’t find it in many novels.

Fritz skips out to the garage, fishing in his pocket for his keys. He slips behind the wheel and starts the car.

You can imagine how distracting that would be to the reader if maintained throughout.

By far, the most common choice for modern fiction is third-person past tense.

My perspective character at the start of Left Behind is an airline pilot.

I write it in third-person limited, past tense:

Rayford Steele’s mind was on a woman he had never touched. With his fully loaded 747 on autopilot above the Atlantic en route to a 6 a.m. landing at Heathrow, Rayford had pushed from his mind thoughts of his family.

As I mentioned above, the cardinal rule of POV is to limit yourself to one perspective character per scene, preferably per chapter, ideally per book.

If you’re J.K. Rowling, however, whose bestselling Harry Potter series gloriously breaks this rule, you have my wholehearted permission to ignore this advice.

Head-hopping is the problem.

Here’s an example of what it would have looked like, had I forgotten to limit myself to a single camera (Rayford) as the Perspective Character in Left Behind:

Rayford Steele’s mind was on a woman he had never touched. Meanwhile, his co-pilot was wondering what Rayford was thinking as he gazed out the cockpit window.

See how I slipped out of Rayford’s perspective and into the copilot’s from one sentence to the next?

That’s head hopping—hopping in and out of various characters’ heads.

That takes me from Third Person Limited to Omniscient. And Omniscient narrators are decades out of fashion. In the Left Behind novel series (Tyndale House Publishers), I alternated between as many as five perspective characters per book, but never within the same scene. And I made it crystal clear every time I switched.

I would add an extra space between paragraphs, insert what’s called a typographical dingbat—like this: ###—and fully introduce the new POV character:

In my novel The Valley of the Dry Bones (Worthy Publishing), I employ a single Perspective Character for the entire book.

Employing The Most Popular Point of View

If you’re a beginning writer, you might assume you must write in the first person, your Perspective Character referring to himself or herself as I.

But third-person limited is the most common choice for contemporary fiction.

Following is an example of how to effectively employ that voice.

A writer asked how he could better describe his character to portray her legalism and self-righteousness.

You can see how this would be easy if written in first person from her standpoint.

But how do we do it in third person limited?

Did you catch the POV violation?

Mother Clotilde is the perspective character, but because she’s alone, we can’t really say she “looked like something unearthed at a dig.”

Another character could say that or think that, if we were in that character’s POV. Needless to say, Mother Clotilde would not describe herself that way.

Which POV Will You Choose?

Choose wisely, because the decision could make the difference between your manuscript landing a contract or being rejected.

Our job as novelists is to pull our readers so deeply into our story that they even forget they’re turning the pages.

Your Point of View choices can make that happen. How to Improve Your Writing Skills: 15 Simple Tips