What Makes a Great Villain? Your Checklist for Writing a Good Bad Guy 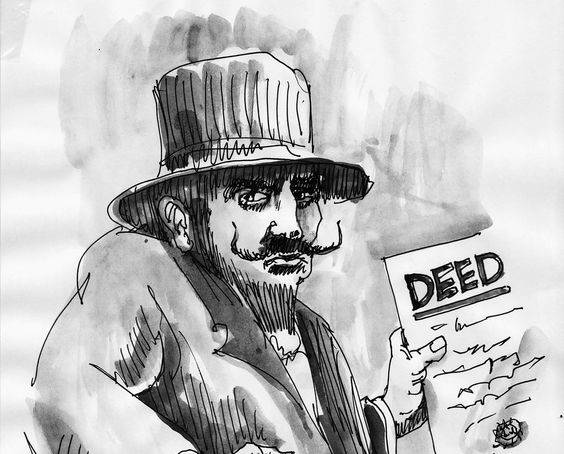 Nothing makes your hero more heroic than a worthy opponent.

So don’t shortchange your villain. Spend every bit as much time crafting him as you do your lead character, if you want your story to work.

(Though I will use male pronouns throughout, this applies equally if your main character is a heroine or your villain is female.)

Too many novelists give plenty of care to every other element of their story, then create what they consider a deliciously evil villain and wonder why the package seems to fall flat.

Often it’s because the bad guy is only that: bad. He’s from Central Casting and might as well be starring in a melodrama, complete with black top hat, cape, and handlebar moustache so we readers can boo and hiss his every entrance.

Every other character is real and nuanced and believable, but the second-most important lead spoils the reader’s whole experience.

Motivation: The Secret Sauce for Creating a Great Villain

Don’t let the word scare you. Motivation doesn’t have to be some nebulous theatrical concept tossed about by method actors trying to get into character. It simply means your bad guy needs a reason for being the person he has become.

If he isn’t working, it’s because you’ve made him the villain only because he’s a bad person. He does evil things because he’s evil.

That’s too easy. Change your thinking.

If you just can’t understand truly villainous people, try this: Put yourself in their place.

Well, don’t knock this till you’ve tried it. You’re writing along, and you’ve come to the place where your villain needs to act in some evil way. Your virtual online writing coach has urged you to be sure he has proper motivation.

What does this mean? He can’t be bad, do bad, cause trouble just because he’s the bad guy, so what’s made him this way? What’s behind it? You have to know before you have him do whatever it is he’s about to do.

Yes, you are. You have your days. You’ve learned to control yourself, or maybe you’re a person of faith and have found control outside yourself. But you know your true nature, your old nature.

We novelists need to become our characters, from young to old, male to female, blue-collar worker to executive, and illiterate to educated. That’s part of the fun of it.

Now take that further. When a friend takes credit for something you accomplished, what’s your first private thought? You get over it, I know. You probably say nothing and let it pass for the sake of the relationship, and that’s great. But dwell on that initial visceral reaction a moment.

Someone you know well and love and trust lies to you, and there’s no question about it. You’re offended, hurt—crushed really. In fact, you’re infuriated. You bite your tongue because you’re a mature adult.

Maybe when you cool down you’ll rationally confront the lie and get to the bottom of it. But for now, entertain that immediate first reaction. Where was your heart and mind then?

I’m not telling you to become mean, rotten, and nasty when we’re all supposed to have grown out of that kind of thing by now. But I am telling you to tap into your dark side long enough to know what makes a good villain tick.

What Makes a Good Villain?

Villains are real people to whom terrible things have happened.

Maybe in childhood, maybe in adolescence, maybe later. At some point, rather than learning and growing, their maturation process stunted and stalled.

Roots of bitterness and anger sprang up in them. On the surface they may have many, if not most, of the same attractive qualities of your hero. But just beneath the surface fester the qualities you can access in yourself if you allow yourself to.

While this may explain the reasons for your villain’s actions, it doesn’t excuse or forgive them. He’s still evil, and he must still be brought to justice. But giving him motivation will make him more than a cardboard cutout.

So conjure a backstory for your villain. Make him real and believable and credible—even attractive in many ways.

And while you’re writing your story, see how many boxes you can check off on this list of characteristics that pertain to your villain.

The more that apply, the more successful your novel is likely to be. Because the more worthy his opponent, the more heroic your hero will appear. How to End a Story: 3 Secrets to Writing a Captivating Ending Participating in NaNoWriMo This Year? Caution!