If you’ve been on the writing trail long enough, you’ve heard plenty of talk about conflict and the role it plays in storytelling.

Whatever form it takes, conflict creates tension while providing opportunities for characters to grow and evolve as they navigate their character arcs.

But some of the most compelling conflict doesn’t come from an external source. Rather, it comes from within the character. These character vs. self struggles include cognitive dissonance, with him wanting things at odds with each other.

Competing desires, moral quandaries, mental health battles, insecurity, confusion, self-doubt — internal conflict haunts the character because it affects not only how he sees himself, but it also alters his future and often the lives of the people he cares about.

They carry a heft that can’t easily be set aside.

Internal conflict is also critical for helping characters acknowledge habits that hold them back.

Without that soul-cleansing tug-of-war, Aragorn would still be a ranger instead of the rightful king. Anakin Skywalker would have denied the goodness within, leaving Luke to die at the hands of the emperor. The Grinch would’ve stolen Christmas.

So it’s important to include this inner wrestling match for any character experiencing a change arc. But equally important is how we reveal that struggle to readers. It’s all happening inside — meaning we have to be subtle.

The information has to be shared in an organic way through the natural context of the story. I’ve found the best method is to highlight the internal and external cues that hint at a character’s deeper problem.

If you’re writing from a viewpoint that allows you to reveal a character’s thoughts, it’s easier to draw attention to the struggle within. Just show the character experiencing the following: 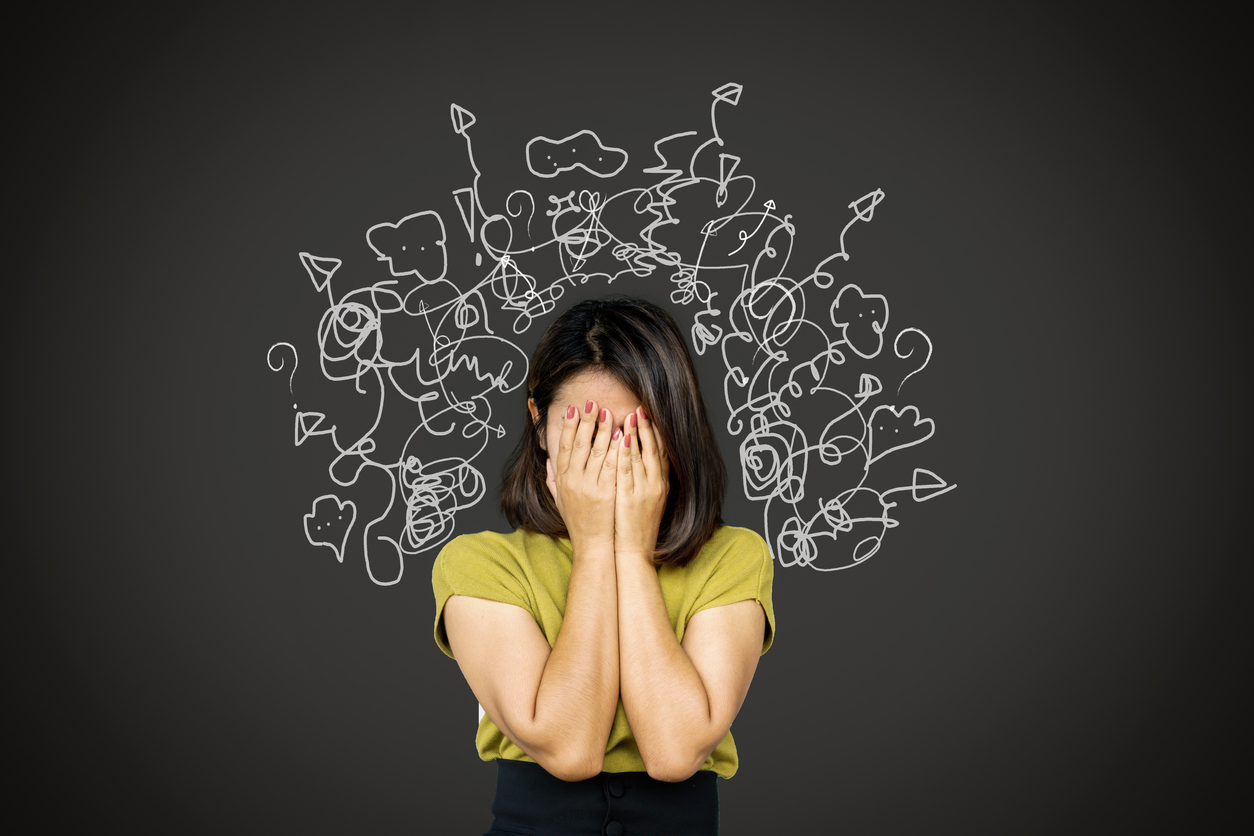 Whatever’s plaguing your character, she’s going to spend time figuring out what to do about it.

You don’t want to spend too much time in her head, because too much introspection can slow the pace and diminish the reader’s interest.

But the character should poke at the issue, examining it from different angles.

Like us, characters crave control and certainty, so not knowing what to do can make them feel incapable, afraid, and insecure.

Being constantly reminded of their unsolvable problem might be emotionally painful enough for them to try to escape it.

One way to convey this is by having them slam the door on a certain train of thought. Maybe they really immerse themselves into work as a form of distraction.

They may take avoidance a step further into full-blown denial, destroying paperwork or putting away mementos that remind them of the impossible decision. This shows the incongruence between what’s happening on the inside and the outside.

When characters don’t know what to do, they must consider their options. Show the character vacillating between choices, playing out various scenarios, weighing the pros and cons.

If you’re limited in your ability to plumb a character’s depths — maybe because they’re not your perspective character — you can still show readers (and other cast members) that struggle by playing out the external signs of what’s happening inside.

The character won’t be happy with their own inability to make a decision or take action.

If their ego becomes involved or they’re the kind of person who wants to keep up pretenses, they may overcompensate by becoming pushy.

Controlling others may make them feel better about their inability to control their own lives.

Or, plagued with indecision, your character may become averse to making any choices at all. When even the smallest questions are raised, they defer to others.

Letting other people take the lead ensures the character won’t make a mistake, alleviating some of the pressure.

The human brain can focus on only so many things at once. A character consumed with a troubling scenario isn’t going to have much mental time for anything else.

As a result, their productivity at work or school could take a hit. They may become forgetful. Responsibilities may be done halfway or fall to the wayside. These indicators evidence the chaos beneath the surface.

Characters under pressure don’t always make the best decisions. Such mistakes can get them into trouble. For a usually level-headed character, this can serve as a neon sign to others that something isn’t right.

A problem we can’t fix steals our peace, our sleep, and our joy. This may be normal for short periods, but when it continues for too long, one of the first things to go is emotional stability.

Such a character may lash out at others. Another may constantly be on the verge of tears, every little thing seeming like the last straw.

Your character’s responses depend on their personality and normal emotional range. Figure out which response makes the most sense and you’ll be consistent in your portrayal.

Reveal an inner struggle by focusing on the visible, underlying results of that conflict. Most important, know your character so you can predict how they’ll respond. Then you can clearly show what you know to readers.

Have questions about internal conflict? Find answers in my book The Conflict Thesaurus: A Writer’s Guide to Obstacles, Adversaries, and Inner Struggles (Volume 1), available October 12, 2021.

Becca Puglisi is an international speaker, writing coach, and bestselling author of The Emotion Thesaurus and other resources for writers.

Her books have sold over 700,000 copies and are sourced by US universities and used by novelists, screenwriters, editors, and psychologists around the world.

She shares her knowledge through her Writers Helping Writers blog and via One Stop For Writers—an online resource that’s home to the Character Builder and Storyteller’s Roadmap.